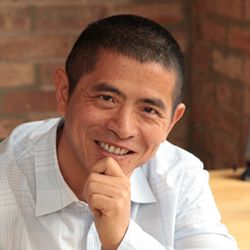 Mr. Huang was previously the Chief Operating Officer of Morningstar, Inc., a leading independent provider of investment research around the world, until his retirement in December 2010. Mr. Huang spent almost 20 years with Morningstar, taking on increasing levels of responsibility from his start as an entry level technical programmer. He was the Director of Technology in 1992 and was named as the Chief Technology Officer in 1996; he started Morningstar’s International Operation in 1998, held the position of President of International Division until 2000; he was promoted as the Company’s Chief Operating Officer in October 2000 and served in this position until his retirement. Mr. Huang led Morningstar initiatives enabling significant growth, both organically and through acquisition, and oversaw continuous improvements in the operations of the firm’s core businesses.