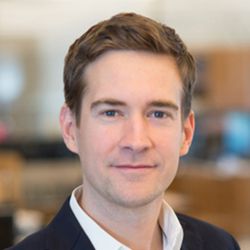 Christopher Dawe is the Co-Head of Private Investing for Goldman Sachs Investment Partners. Christopher has spent the past 10 years focused on late-stage venture and growth equity investing and oversees many of the fund’s media, internet and consumer investments. His prior investments have included Uber, Facebook, Pinterest, Spotify, Compass, Media Rights Capital and GoEuro. He has invested more than $3.5 billion in private capital transactions, including two of the largest private internet investments globally.

Previously, Christopher worked within Goldman Sachs Principal Strategies, a proprietary investing arm within the firm, as well as the Investment Banking Division. Christopher holds a BS in economics from the Wharton School at the University of Pennsylvania.